Markings is a series by Anthony Avram about Katto Ortinus, an ordinary 11-year old who is torn out of his normal life to find out about a seperate world, and time, called Zyaka, where magic happens at every corner and the six different lands all have different creatures and excitement. However, the land of Zyaka is under attack by Willius Icefire, whose ultimate plan is to take over the lands and unify them all...however he is willing to kill people and stop at nothing to do it. As Katto discovers new friends, new places, and new things about himself, he learns to accept the fact that there is no "good side" or "bad side" to an issue, and that everyone has their flaws...

These are the markings we leave on the world. 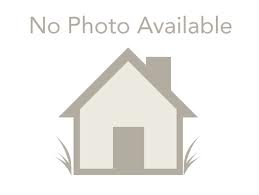 Sparrow is the third book in the Markings series, written by Anthony Avram, and illustrated by C.R. Gibson. This book was released in early 2012.

After Katto and Basil finish destroying the Red Flower, they have to part ways...at least for a while. Basil is going off to look for his "dead" brother, Teddi Mous, who was recently been confirmed to be alive. In the meanwhile, Katto is going to his education at Sparrow Academy, where he can learn how to use a wand properly, and learn basic spells. However, something is suspicious about the teacher he ends up with...

Sparrow also features a look into Basil's point of view, chronicling his past life, a tribe of men, a fierce dragon, and new characters. Will Basil be able to find Teddi Mous? And if so, will he tag along for the adventure? Will Katto find out the true secret of Professor Drastic? Will he be able to control the newfound powers he finds in his hands? Read on to find out!

Egyt is a sandy land where Katto, Juliea, and their children chose to live. Before he died, Basil and Hori also lived here. The pyramids are called zukos, and there are seven different regions as well. Region VII is Patrika, Region IV is Erakus, Region I is Akana, and Region II is Sukaka. Part of Patrika is destroyed in Red Flower.

Before the first series, Egyt used to be under dictatorship, but the government was changed to a democracy.

Willius Icefire is a tall man with ice blue eyes, a bright orange shirt, and khaki green pants. He is the main villain for most of the first and third arcs of Markings. His spirit is known as Zinnius Fletcherworm.

In Blue Sty, Icefire tries to reawaken Gongarza and collect blue sty blood to make himself immortal. In Red Flower, Icefire tries to use the nasty creature-plant the Red Flower to destroy Egyt. In Sparrow, Icefire poses as a teacher to get at Katto himself. In Cross, Icefire fights for the Cross, an item that can make you invincible if you wear it. In Tea Party, Icefire and Fafooa create the Implosion, a machine that will destroy all six lands. In Dragon Dwell, Icefire uses Blood, a dragon, to his advantage. In Shape Sort parts I, II, and III, Icefire collects the Three Weapons in order to destroy Zyaka once and for all.

Retrieved from "https://katto.fandom.com/wiki/Markings_Wiki?oldid=4386"
Community content is available under CC-BY-SA unless otherwise noted.